Here are screen shots of the second article from “The World’s Work” of May 1914 that inspired us to craft a response in the form of three letters to Gennaro Serrapede as featured in postings 11a, 11b and 11c..

Please note that the language in the following article is not acceptable by modern standards.  You need to view it from the point in time during which it was written in 1914.  Uncertainty, fear, confusion and outrage prompted calls for restriction on immigration.

END_OF_DOCUMENT_TOKEN_TO_BE_REPLACED

What follows are screen shots of the above mentioned article published in the May 1914 edition of “The World’s Work.”  This is one of the articles which deeply impressed upon my Uncle Sammy and me the deep seated concerns and fears about immigration during the 1910s.  It also inspired us to craft a response in the form of three letters to Gennaro Serrapede as featured in postings 11a, 11b and 11c.

I am posting these articles as a way to get people to think on how a response that was deeply felt and a fear widely spread at that time proved wrong as the following decades passed.  The immigrants went on to become loyal Americans, many serving their new country in WWI and WWII.

What is shown by the passage of time is that fear is easily transmitted and proliferated while hope and anticipation for a better tomorrow is an uphill struggle to communicate en masse.  The writers of these articles were alarmed at an unknown future, one that was not predictable given how diverse the immigrants were and how many were coming at the same time.  The fear communicated in these articles also reveals how little faith the writers had in all that the process of becoming American involved.

When I read my maternal Grandfather’s Declaration of Intent, I am struck by how much it is like a marriage vow.  He promised to forsake all allegiance to Italy and the King of Italy in order to become an American citizen.  To forsake means to leave forever and embrace the new country as the Motherland and Fatherland in all ways.  All who signed their own Declarations of Intent knew they were making a tremendous change in their lives and identities.  It was not something undertaken lightly.  The contributions our immigrant ancestors made during WWI, WWII and to the post-WWII economic growth show how enriched the country was by the contributions of those who were hardworking members of our society.

Please note you may find the language in the article unacceptable.  You must read it with the point of view that it is 1914, not 2015.

END_OF_DOCUMENT_TOKEN_TO_BE_REPLACED

Look at how far we’ve come over the course of three generations in America!  It is a little over a century since you made your trips to this country.

Your son Sabato Serrapede, my maternal Grandfather, went on to become a member of the Building Worker’s Union.  For over 25 years he was a doorman at a luxury apartment building in New York City.  He and Josie owned a two family home with spacious grounds including a garden large enough to grow roses, a little fig tree, zucchinis, tomatoes, basil and marigolds.  Sabato retired with a generous pension and enjoyed a long and productive life.

END_OF_DOCUMENT_TOKEN_TO_BE_REPLACED

By 1920 Gennaro’s cousin Raffaele Mattarazzo was working in a machine shop at the Westinghouse Air Brake Company in Wilmerding, PA.  This photo shows a machine shop circa 1905.

Dear Great Grandfather Gennaro:   Did you have books in the house while your children were growing up?  If you couldn’t read did your oldest daughter Filomena help you when you had to prepare your documents to travel to the United States?

I thought about all this while searching for a magazine from 1913 or 1914. I wanted to read a publication from the time period during which you travelled in America.  This was one of the surest ways to get a direct encounter with the public mood towards immigrants.   I was able to locate “The World’s Work” Vol. XXVIII May to October 1914.  Two articles in this volume were about immigration.  As I read them I could sense the effort it took for the writers to stay objective.  The first one achieved a sense of balance.  The second one descended into a scathing critique of why the immigration of Southern Italians to America had to be stopped.  The author of the article stated that immigrants were coming over in too great a number to be properly assimilated and learn American ways.

The May, 1914 issue had an article entitled “Controversies of Race and Religion”.  The author emphasized how the number of immigrants in the winter of 1913 exceeded the number of jobs available.  He also voiced the concern that Americans needed those jobs.  There was no mention of whether or not Americans wanted to do the heavy manual labor involved in building roads, working in the mines or in the factories.  No study was done either as to why employers sought out the immigrants in the first place.  In 1914, the concern was that the increasing waves of immigrants would not learn what the established society expected them to be like and that there would be trouble further down the road.

Great-Grandfather Gennaro, it was the article from the August 1914 issue of “The World’s Work” that hit me in a way I did not expect.  It was entitled, “To Keep Out Southern Italians”.  At first this article presents data and statistics in an attempt to come across as being a well thought out piece.  It states that between 1910-13, 821,000 Italians emigrated to the U.S.  Most were from Southern Italy.  The author wastes no time attacking them for what he perceived as a lack of intelligence, manners and the ability to be educated.  Aside from the statistic given for 1910-1913, the rest of the piece reads more like a combination of personal hatred and fear.  The article ends with the prediction that the United States will end up becoming more paternalistic if the number of Southern Italian immigrants increased since they are incapable of taking care of themselves.  When I thought about you in relation to this article I thought how wrong this author was!  You most certainly did not fit this description at all.  You came here to work not to have a vacation.

END_OF_DOCUMENT_TOKEN_TO_BE_REPLACED 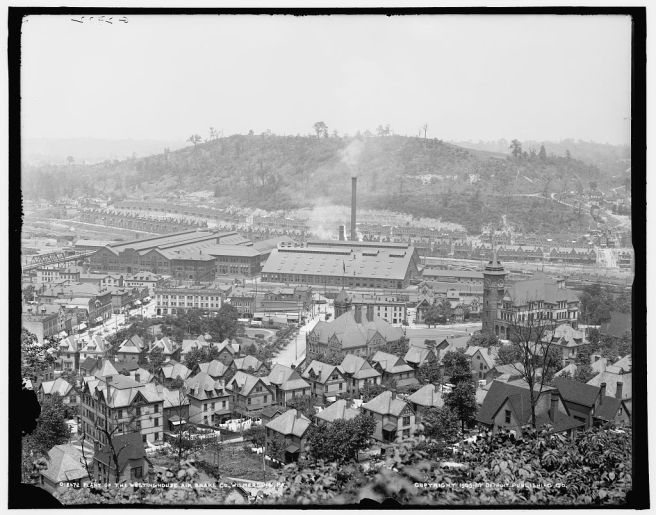 To see the records of your travels through Boston, New York and Wilmerding in search of work touched my heart.  Based on what I’ve found so far you made the long ocean crossing to America almost every 2 years.  If the opportunities in Agropoli were scarce what were you supposed to do?  Despite the natural beauty of our ancestral home town, it doesn’t mean much when there isn’t enough money for rent, food and clothing.

I am sure that when you arrived in Wilmerding your cousin Raffael Matarazzo and other paesanos from Agropoli were ready to help in every way possible.  I wonder what you thought of Wilmerding.  It was a very hilly town, just like Agropoli.  Yet when you looked at the mountains you would have known you were in another country.  The Alleghenies are higher and greener than any hills or mountains along the Cilento coastline.  Did you ever feel small when you looked at those mountains, being so far from home?  END_OF_DOCUMENT_TOKEN_TO_BE_REPLACED