Aunt Kathie and Uncle Sammy surprised me with a beautiful gift from Italy.  I never expected to get a cameo that has my initial.  I love the mix of modernity and tradition it has.  Now I’m thinking of getting a new white blouse to wear with it.  I may even have a jeweler put a gold loop through the hole so I can replace the cord with a short gold chain.

This cameo was made from a sea shell.  The artisans have to go through several layers in the shell to reach the darker background that provides the contrast.

While Uncle Sammy spent a day at leisure on the mainland, Aunt Kathie went to the Isle of Capri.  She enjoyed the time there and had the opportunity to get a pair of custom  made sandals.  The photo said it all to me–Italy still designs and creates many beautiful things by hand.

Aunt Kathie said the process of getting the sandals made was very simple.  After taking the measurement of her foot, the leather was cut and the sandals put together.  She got to select the set of crystals used for ornamentation.  The entire process took thirty minutes to complete.

I hope Aunt Kathie enjoys wearing these beautiful sandals and all the compliments she will receive.  They are simple and elegant.  The colors suit her perfectly.  If you’re ever on the Isle of Capri you can get your own sandals made at Capri Mania located in the town of Anacapri.

I am still enjoying all the photos from Uncle Sammy and Aunt Kathie’s tour of Italy.  I’ve gone back to the ones from Pompeii many times because they offer so much to think on.  The photos I’m talking about feature modern sculptures by Igor Mitoraj that are juxtaposed amidst the ancient ruins of Pompeii.  These sculptures are larger than life.  Yet as you look at them against the backdrop of Pompeii they bring to mind many messages.  At first I questioned what the purpose of the sculptures were because they seem so jarring and out of place.  Uncle Sammy, Aunt Kathie and I had a very interesting conversation through the comments at the album and by email.  Their guidance got me to admit to my feelings and better articulate them.

The sculptures confront us and challenge us to look at the experience of visiting Pompeii in a different way.  They can be looked at as conveying messages of hope, renewal and the ability of humanity to overcome and endure. Everyone will come away with a different reaction to this experience.  It took awhile for me to accept the presence of these sculptures at Pompeii.  I’m continuing to make connections between the ancient and modern messages in both.  This means the artist has achieved the goal of getting us to see, think and respond to the ancient city and what happened in a new and hopefully deeper way.

The Scuptures of Igor Mitoraj at Pompeii

END_OF_DOCUMENT_TOKEN_TO_BE_REPLACED

Uncle Sammy sent me an email where he joked that he was going to see Florence and David during his vacation in Italy.  He doesn’t have any friends by that name and neither does Aunt Kathie.  It wasn’t until I got the email invitation to visit their photo album that I understood they were going to see Michelangelo’s David while on tour in Florence.

These photos, Uncle Sammy told me, only capture something of the awe he felt at the work Michelangelo put into this masterpiece.  I hope you can sense the power which I felt when seeing the close-ups of David.

END_OF_DOCUMENT_TOKEN_TO_BE_REPLACED

We continue with a mini-tour of Stresa through the beautiful photos from Uncle Sammy and Aunt Kathie’s album.  Located in the North of Italy. 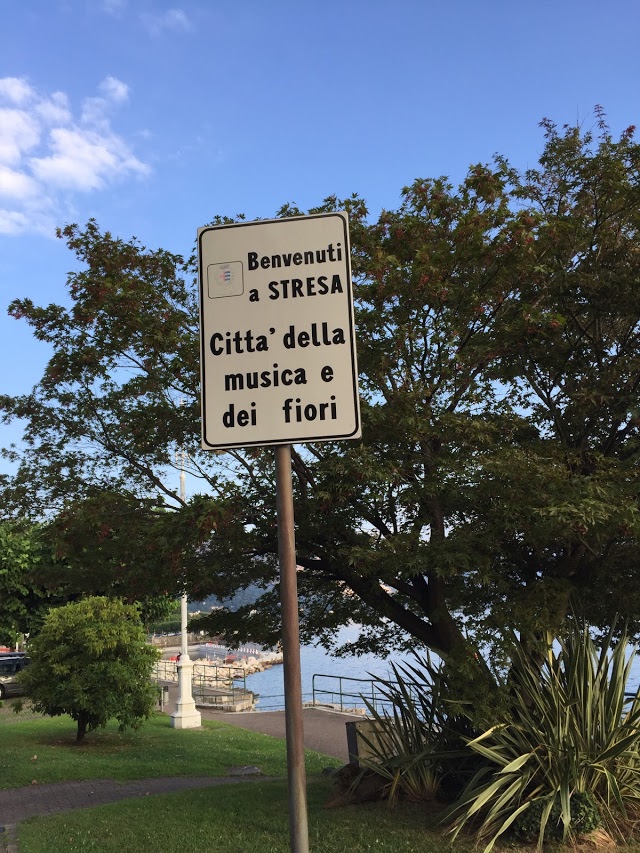 Aunt Kathie translated this street sign that welcomes visitors to Stresa.  It says, “Welcome to Stresa, a community of music and flowers.”

One of the scenic alleys in Stresa where tourists can shop or dine outdoors.

END_OF_DOCUMENT_TOKEN_TO_BE_REPLACED

Private residence in a side street of Stresa.

Stresa is a small town in the Lake District of Northern Italy. Aunt Kathie and Uncle Sammy enjoyed a gorgeous view of Lago Maggiore (Lake Maggiore) surrounded by the Alps (Lake Maggiore) from their hotel. During a walk through Stresa they came upon this picturesque side street.

Uncle Sammy shared his impressions of this street with me today. Now that he is back home in Arizona scenes from the tour are taking on deeper meaning. When he came upon this street Uncle Sammy saw many groups of residents speaking together and going about their activities. There was something familiar about the scene even though it was his first time in Stresa. What first seemed familiar to him was the manner in which the locals were congregating in the street. Also, noticing that Stresa is a town at the foot of a hill added to the sense of deja vu.

Today, Uncle Sammy recognized where that sense of familiarity came from. There was something in the scene that reminded him of Wilmerding, Pennsylvania during the 1950s. Memories of visiting Grandma Rose and Grandpa Nick Muro, Aunt Angie and Uncle Peter Muro and other relatives came to the fore. They would congregate in a similar manner when outside their homes or on the streets with the conversation changing from English to Italian. Wilmerding, like Stresa, is a town filled with hills. This made Uncle Sammy aware of how Wilmerding resembled Agropoli in some ways, too. Our immigrant ancestors would have found certain elements familiar even though the hills and streets were in a different country. Wilmerding reminded them of Agropoli in some ways because of the hills and the way the houses were built not only at the foot of the hills but above them as well. He thinks this is part of the appeal that draws immigrants to a particular location. It’s a matter of family and a sense of continuity that creates a strong link to a geography that somewhat resembles the old hometown.

Photos of beautiful Lake Maggiore, its scenic alleyways and over-the-top décor of the Regina Palace Hotel in Stresa will be featured in the next posting.